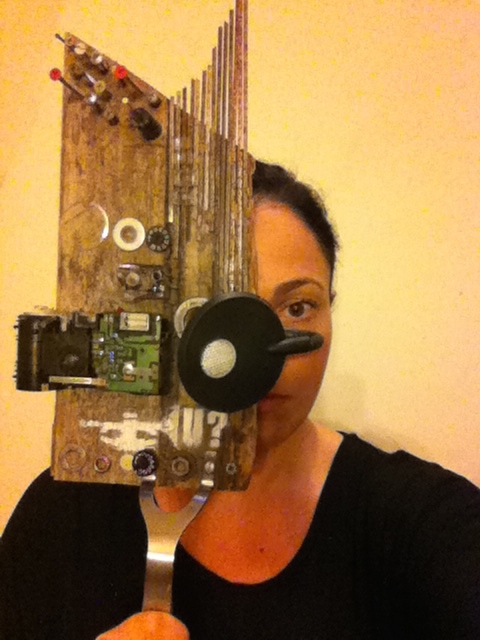 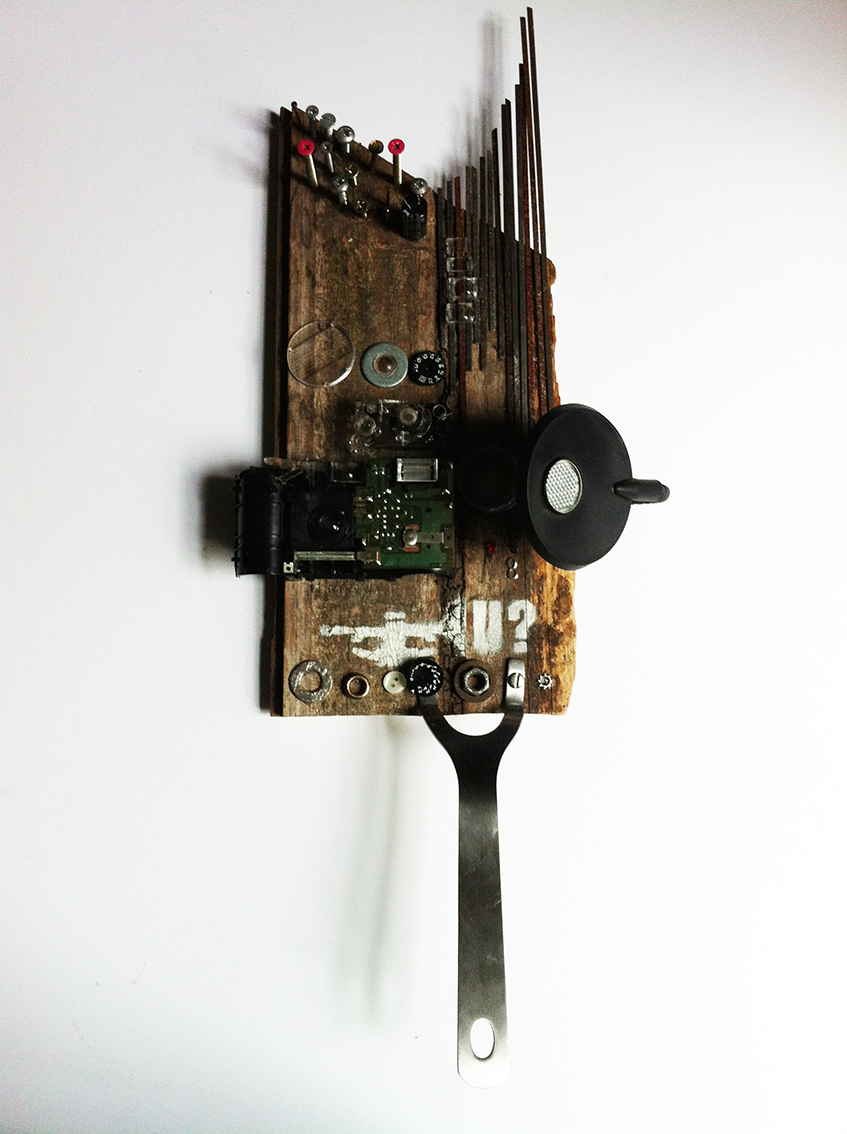 Inspired by a derelict cinema which subsequently became a home for squatters and homeless folk, this mask is made entirely from found objects. A once functional and beautiful building in the surroundings of other similarly dilapidated structures, on an undeniably toxic road, became shelter for “undesirable” people who live outside of what is generally considered to be “normal” yet have contributed to the story of the cinema structure, what art comes out of that, and how society responds.